Tucker, GA — Tucker leaders are exploring ways to revitalize areas around the city they say are blighted, including stretches of industrial corridors.

The city created an Urban Redevelopment Authority (URA) in 2020 to purchase plots of land and resell it to private parties for redevelopment. With Tucker Summit CID, URA is focused on the Mountain Industrial Boulevard corridor that borders the Smoke Rise neighborhood.

In a special called meeting on Jan. 7, URA welcomed real estate expert Gary Mongeon of Bleakly Advisory Group. Mongeon advised URA members on conducting a study of areas in question, purchasing parcels of land and implementing plans to redevelop them.

Morsberger, who is known for buying and redeveloping areas of Gwinnett County, presented to City Council last year on creating a State Opportunity Zone to rehabilitate blighted areas and attract new businesses through state tax incentives. URA continues to work on an opportunity zone application through Georgia Department of Community Affairs.

Morsberger said Tucker Summit CID has identified 10 to 12 parcels at Mountain Industrial Boulevard and Highway 78 that will transition in the next two years. His goal is to guide how the properties are redeveloped, said Morsberger.

“We would like to attract someone who is going to create high level jobs and produce a good outcome for both the city and the neighboring CID,” he said.

Tami Hanlin, Tucker’s city manager, said funding a study for redevelopment is a priority for Tucker. Property acquisition is going to be tougher to fund, she said.

URA board member Ted Rhinehart said before any acquisition, the group must target property owners, engage a broker and market to developers. With the announcement of Macy’s department stores closing across the United States, the 54-acre parcel in Tucker could top the list. 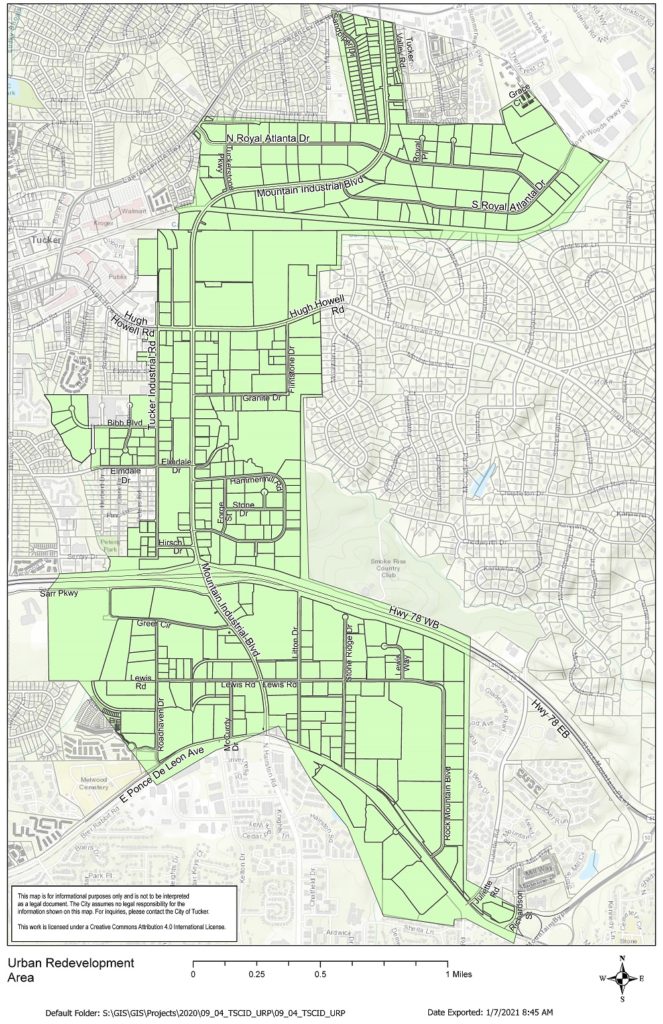 By Zoe Seiler, contributor Tucker, GA – Andrea Woolf loves to cook and create new recipes. She didn’t set out to run a business, but she was asked to help out with someone else’s idea and […]

By Logan C. Ritchie, contributor  Tucker, GA — In the final meeting of the year, Tucker City Council unanimously voted to adopt two major plans that will change the face of the city: The Downtown Master Plan […]

Decatur, GA — Two Democrats won the U.S. Senate Election in Georgia last night, Jan. 5. While that would normally be a cause for celebration in Democratic leaning DeKalb County, Jan. 6 was the day […]