With testing centers converted to vaccination centers in DeKalb County, the number of tests will naturally decline, Auman said.

Auman echoed the DeKalb County Board of Health’s recommendation to wash your hands, wear a mask, and watch your distance.

“We are all still subject to being infected, despite our best efforts. But with the end in sight — the vaccine, treatments improving, with us understanding better how to protect the most vulnerable among us – we need to be redoubling our effort to keep us safe,” Auman said, adding he will get the vaccine the moment he is eligible.

City planner Rosie Mafe presented an ordinance on urban camping, making storage of personal items and sleeping on public property in Tucker illegal. Exceptions include medical emergencies, special events, or awaiting entry to a shelter. A verbal or written warning must be given before police can take further action.
“We continue to do our best to balance providing what we hope is excellent customer service and ensuring the safety of the public, and of our staff as well. We have not been immune to the virus amongst our staff, so we’re taking it very seriously,” said Hanlin.City Hall closed to the public in November 2020 after a staff member tested positive for COVID-19. Access to City Hall remains limited: Court proceedings are held from 9 a.m. to 5 p.m. with COVID-19 protocols in place, and staff is working from home or on location. City staff is available by phone, e-mail or online, said city manager Tami Hanlin.

The first step toward urban campers is offering assistance for food, housing and health. DeKalb County Community Development has reached out to many camping in the city, said Mafe, but often help is refused.

Council member Anne Lerner said, “We’ve got to do something. Status quo is not the answer. We need to work together to help and support, and try get these folks help first.”

Lerner will appear on the Decaturish Twitch show Jan. 20 at 6 p.m. to discuss homelessness in Tucker.

A second read of the ordinance will be presented on Feb. 8 to City Council.

In other City Council news:

– The Church Street Project got the green light after council members voted unanimously to approve up to $69,684 to Jacobs Engineering. The city completed the purchase of four homes on LaVista Road and the former Reid. H. Cofer Library on Church Street in November 2020. The plan is to demolish the buildings, grade the land and create a public green space until a new City Hall is constructed.

– Auman presented a declaration to outgoing Senator Steve Henson and Representative Michelle Henson to thank them for 30 years of service to Tucker, and the state of Georgia. Both were instrumental in helping Tucker become a city, said Auman.

Henson was defeated in her recent reelection bid, losing to Zulma Lopez. Henson decided not to run for re-election and is being replaced by Kim Jackson. 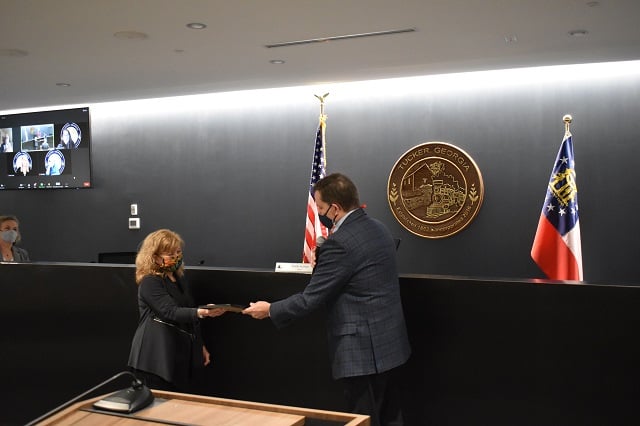 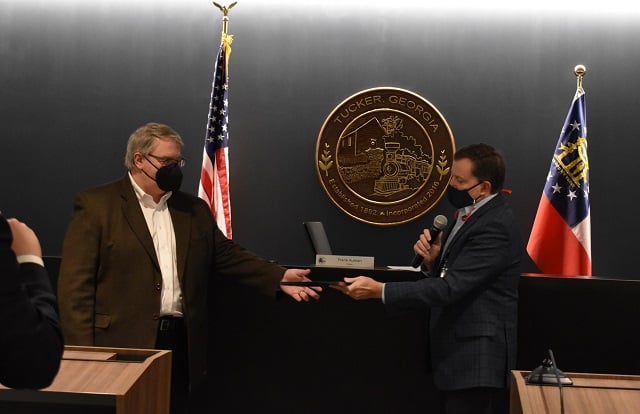 – Finance director Robert Porche presented a second read of an ordinance to amend the FY21 budget, including grants for sidewalks and trees; CARES Act funding; and a developer contribution from Branch Properties for $225,000. The ordinance was approved unanimously by council members.

– Reappointments to Tucker committees include a three-year term for Davis Stewart to the Public Facilities Authority, and a two-year term for Katherine Atteberry and Michael Thomas to the Planning Commission.

Tucker, GA —A repair of a road cave-in has turned into a weekslong project. It started on Dec. 14 when the county began repairing a road cave-in along East Ponce de Leon near Wamsley Way […]

Clarkston, GA —On Saturday, Oct. 17, Clarkston City Councilwoman Debra Johnson will host a Domestic Violence Awareness Candlelight Vigil. While this is the first event of its kind, the city hopes to make this candlelight […]